I was inspired to make a dress! That seems like quite an accomplishment these days as I’ve been so busy with other things that I haven’t made much for myself this year. 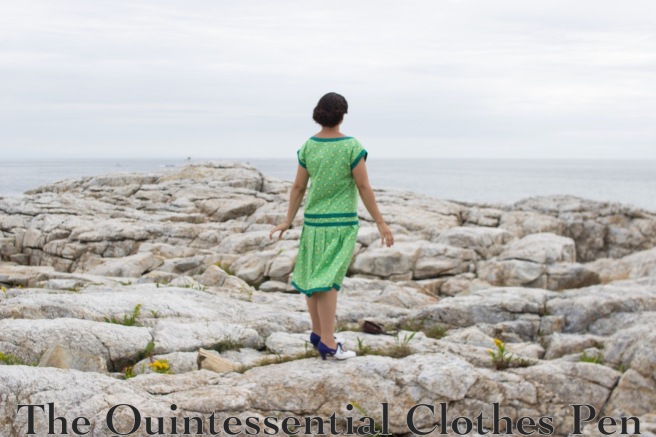 My first idea was to create something like the dress on the bottom right (#2346) in next image, but after making a mockup I realized that I didn’t have enough yardage of my proposed fabric.

I’d bought the fabric thinking I’d make a rather simple 1920s dress, but the dress I’d been pursuing wasn’t quite that–and the length was longer than I had yardage for. So it was back to Pinterest to find another idea. I settled on using the green dress below, another one I’d been eyeing for years, as my inspiration.

I’d purchased the green and teal accent fabrics in 2021 and thought they would work well for this second design idea.

My bodice pattern was adapted from my 1925 Blue Coral Dress, to get the general size, in combination with my late 18th century shift, to get the cut on sleeves. The skirt is just a tube made from what was leftover after that. I wanted to get two full widths of 45″ but didn’t have enough, so the skirt is one full width and two additional sections.

I wanted to match the pattern perfectly at the seams, but that ate up too many inches of my circumference so I settled on not matching them–and frankly, you can’t tell! I spent a lot of time making perfect pleats (the print on the fabric makes that pretty easy, actually), but of course they smoothed out as soon as I wore the dress. Oh well! 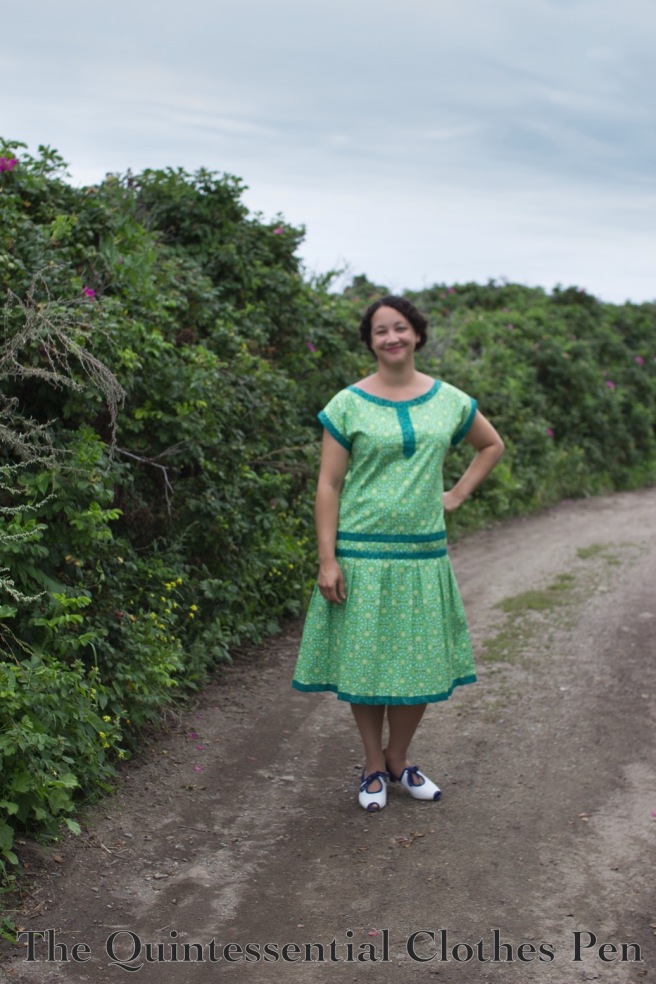 The dress qualifies for the Historical Sew Monthly Challenge #2

The Roaring 20s: Make something from the 20s (any century) or that somehow incorporates a number in the 20s. .

Pattern: Created by me.

How historically accurate is it?: 95%. The pattern and construction methods are quite good. The fabrics are a bit stiffer than those that I think would have been used 90 years ago.

This dress is mostly machine sewn. The goal was to entirely machine sew the dress, including attaching and top stitching the trim, but then as I was reaching the end of the sewing process I realized there were a few things that would look nicer with a bit of hand sewing. 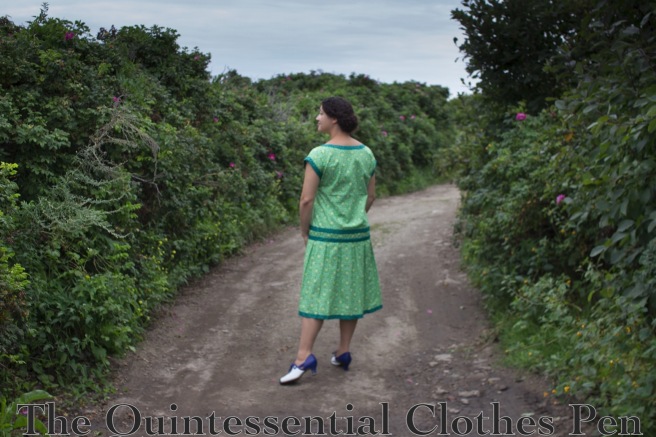 Why is this Egyptomaina inspired?

Well, ancient Egypt was all the rage in Europe and America in the 1920s, particularly after Howard Carter and Lord Carnarvon discovered the tomb of the Pharaoh Tutankhamun in 1922. Egyptian motifs were used in Art Deco design elements for furnishings, jewelry, and clothing. So, while not exactly Egyptian… the colors and patterns in my fabrics remind me of Egyptian things: the Nile river, lapis lazuli, the Egyptian lotus flower, and the tops of many ancient Egyptian columns, for example.

Obelisks were often erected in pairs at the entrances to ancient Egyptian temples, so given the Egyptian association of my dress, I wanted to try and get a photo of my dress with the obelisk on the island. The photo is not quite just me and the obelisk, but it will do. (The problem is that the obelisk is so tall that if you’re close to it you can’t tell what it is… but being far enough away to get the full height means that other elements make their way into the photo, too!) 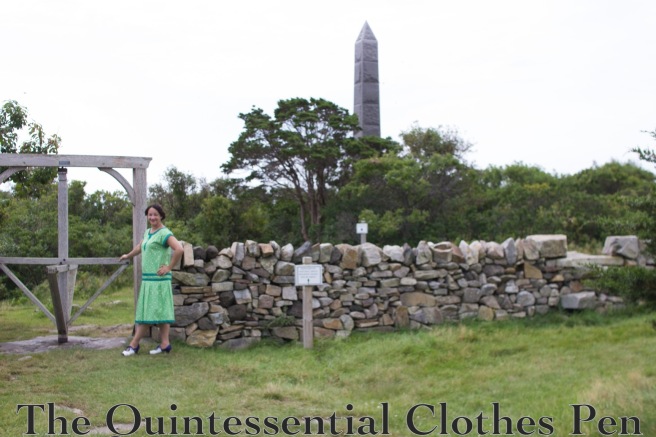 There are lots of additional photos from tromping around looking for good photo opportunities for this dress, so you’ll be seeing more of it and my accompanying adventures in more posts soon!

The most recent thing I’ve made for myself this year was actually a few months ago… but I’m only just getting to sharing it!
The 1834 dress I made last year has a new companion—a matching 1838 bodice! More silly sleeves and a reason to use my new chemisette. Lots of details about the construction are on my blog (link in bio).
It’s a few months old now, but I’m pleased to have completed an 1836 chemisette! It is made from cotton voile and completely hand sewn with French seams, flat felled seams, rolled hems, and whip gathers. More details and photos are included in my most recent blog post (link in bio).
I’m super pleased with this new-ish 1880s corset. It is made of blush colored silk duchess satin and coutil, boned mostly with spiral steel, and flossed with silk thread. It holds its shape without help!
A closeup of the mancheron, the decorative triangle at the top of the sleeve, on the 1834 dress I posted about last fall. It’s coming up again because 1-I love the small details on the dress and 2-there’s a new blog post including it (an armchair outing on an 1830s woods walk—link in bio).
A closeup of the bodice from a c. 1845 dress I made earlier this year for The National Society Of Colonial Dames, MA Chapter (thanks to the kindness of @atelier.nostalgia!). Creating the tassels was particularly fun! Swipe to see my materials for the tassels, the inspiration dress from The Metropolitan Museum Of Art (full credit below), and a view of the back with its cute bow! You can read more about this in my most recent blog post (link in bio).