It shouldn’t surprise anyone that I am sometimes quite slow at getting around to posting things. This post is about a trip I took last August, but better late than never, right?

So last August, I was able to travel to Denmark in order to participate in an international vintage dance week focused on 19th century dances and in particular, a variety of complicated quadrilles. It was quite the mind workout, being in classes for six or so hours each day for the week and trying to keep track of which figure from which quadrille we were working on at any given time.

Part of the title of this post comes from one of those mind-boggling class sessions, when we were working on a complicated quadrille that had one figure with a simple variation and another figure with the same variation in a much more complicated fashion. The way I’ve remembered those figures is by calling them ‘the simple’ and ‘the complicated.’

The dance week was hosted at an arts school a few hours train ride from Copenhagen. It was a lovely spot, right on the water and set on a hill. 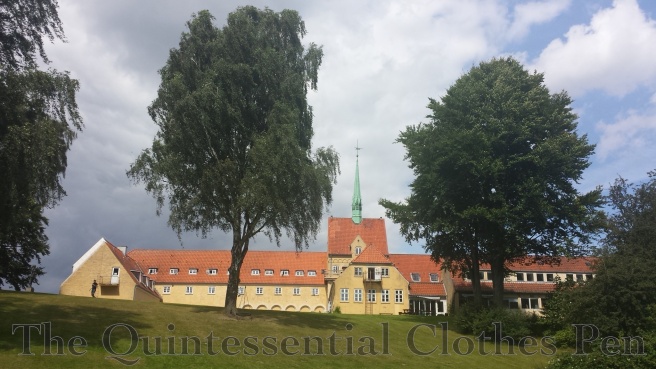 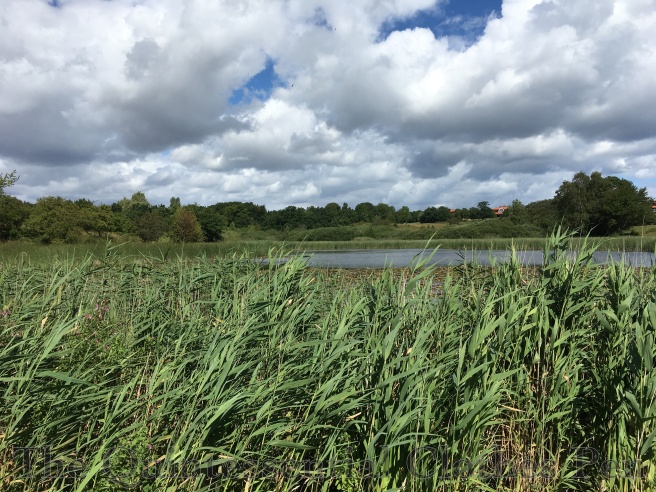 The Americans that I was traveling with were particularly struck by this sight down a hill behind the school. The students were studying America’s Wild West in history and had built a mini town on the grounds, including a saloon, jail, and other buildings. It wasn’t quite what we were expecting in Denmark! 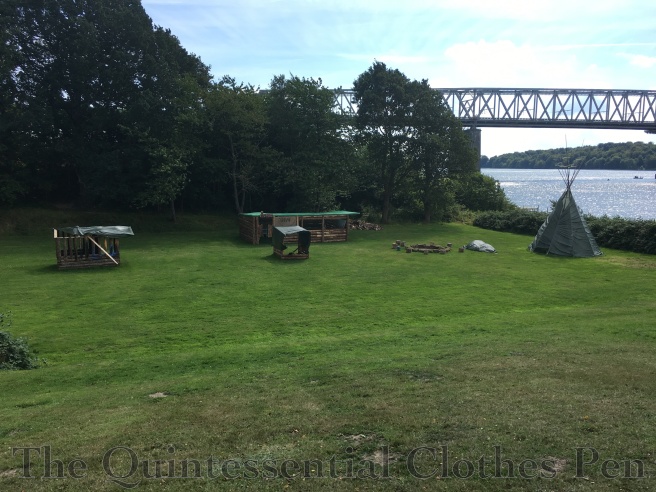 There were lots of cute little nooks around the school. We took this photo to document our arrival and later discovered that this door led into the chapel, though I don’t think it’s often used. 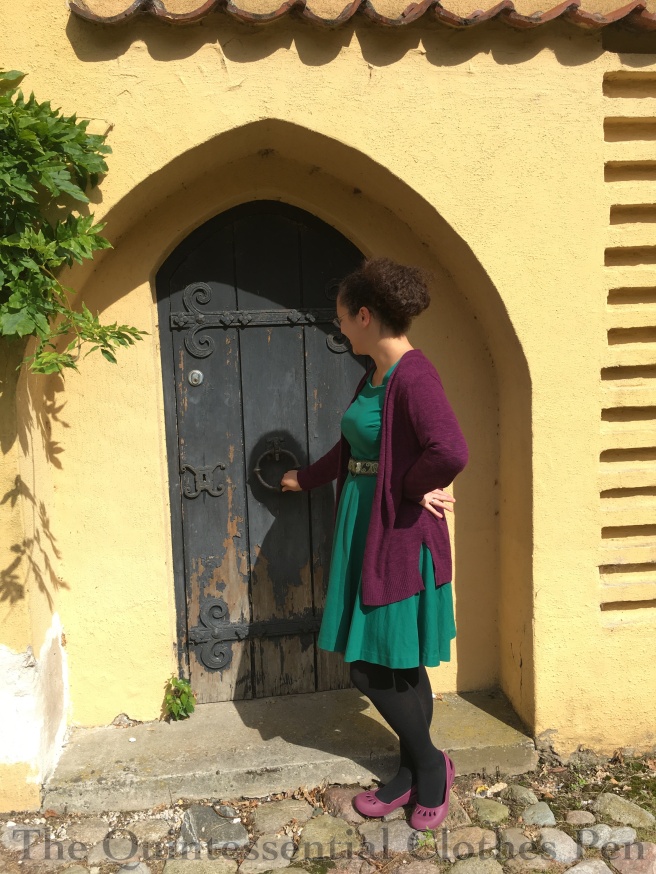 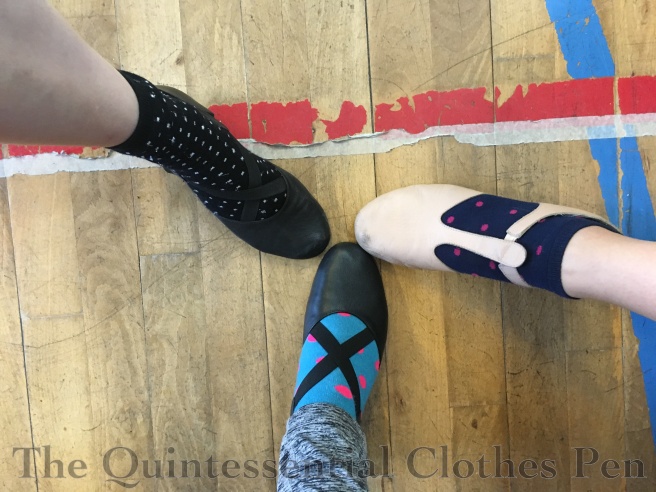 And recovering from classes required some stretching. As I mentioned, the school was on a hill, and we found that walking up the hill slowly and with large steps was a great calf stretch. Despite looking silly, it felt great! 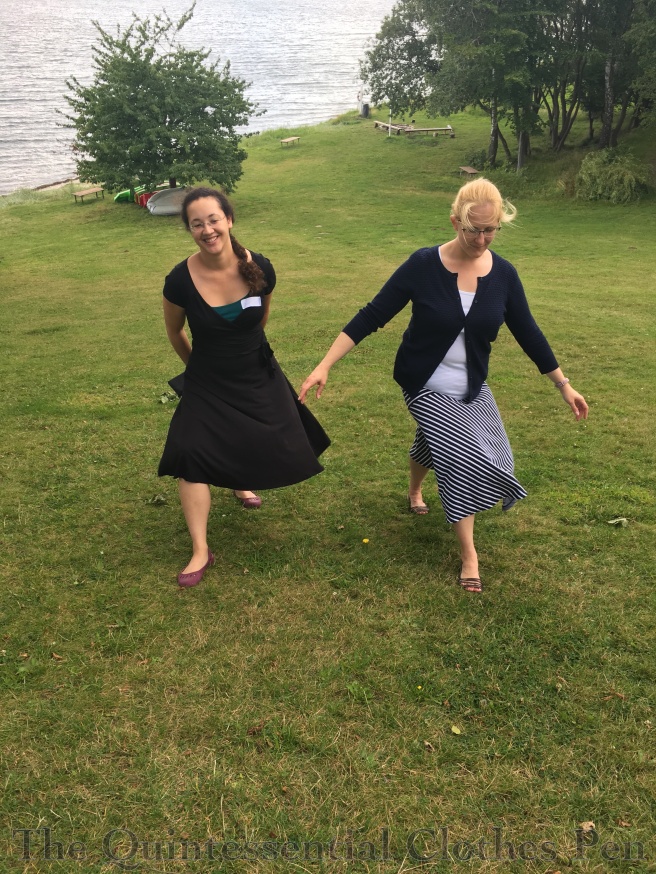 In the evenings and on breaks we would lounge around, listen to our live musicians (yes, even for classes, which was neat!) who would play concerts for us, or go sightseeing.

One day we found Harry Potter trivial pursuit in the common room. It sounded like fun, and then we realized it was in Danish… We’d all been working on our Danish but certainly didn’t know enough to actually translate the cards. A bit of internet searching helped, as did the google translate app, but I dissolved into absolute tears at one question, which somehow appeared to include the made-up word parnoodle. I believe it was actually asking what kind of owl Draco Malfoy owned (an eagle owl, if you’re curious). Google tells me that eagle owl in Danish is hornugle. I don’t really remember how we got to parnoodle, but it was hysterically funny at the time and continues to be a running joke. 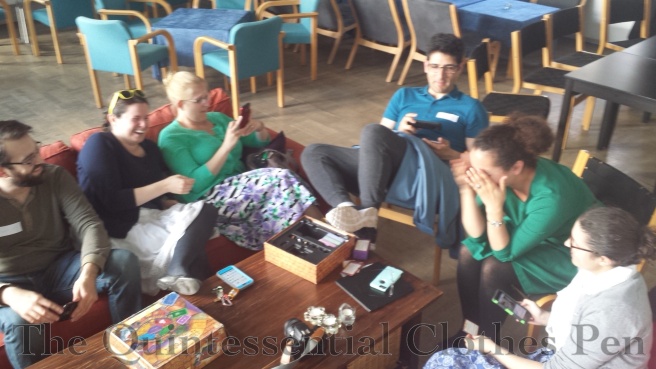 That’s a good introduction to the trip and a good place to leave off for Part 1. Next will be a post about the more formal parts of the dance week–the balls!

2 thoughts on “The Simple, The Complicated, & The Continent Part I”