Here are a few more photos from my 1920s island weekend last August. These first few were taken with the same modern camera as all the photos in my previous post about the weekend. 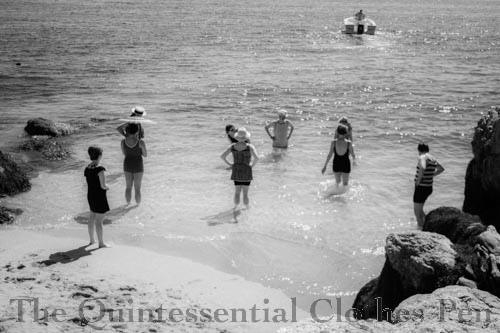 This last photo shows other photographs taken with a friend’s vintage film camera. I don’t think the camera is as old as the 1920s, but I think it’s a least from the mid-20th century. Though I do remember the days of film cameras, I’m so used to digital cameras these days that a film camera is quite the novelty.

2 thoughts on “1920s Island Escapade In Black And White”