In September, my friends and I had a last picnic of the season to take advantage of the summer weather before it faded into fall. Along with other picnics we’ve had in the past, we again met up in the Boston Public Garden with our picnic blankets, food, drink, and croquet set. 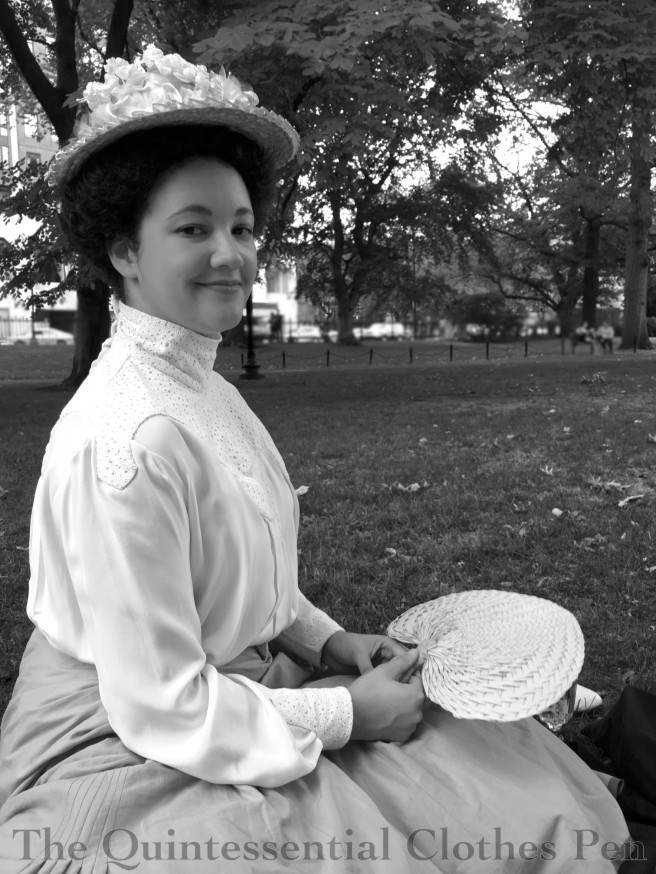 We’d decided on a turn of the 20th century theme for our clothing and I took the opportunity to dig a 1903 outfit out of the closet that I don’t think I’ve worn since 2012, at Dress U and Newport Vintage Dance Week. It’s an orchid lawn skirt (and a bolero I didn’t wear this time) and a white silk and cotton lace blouse. 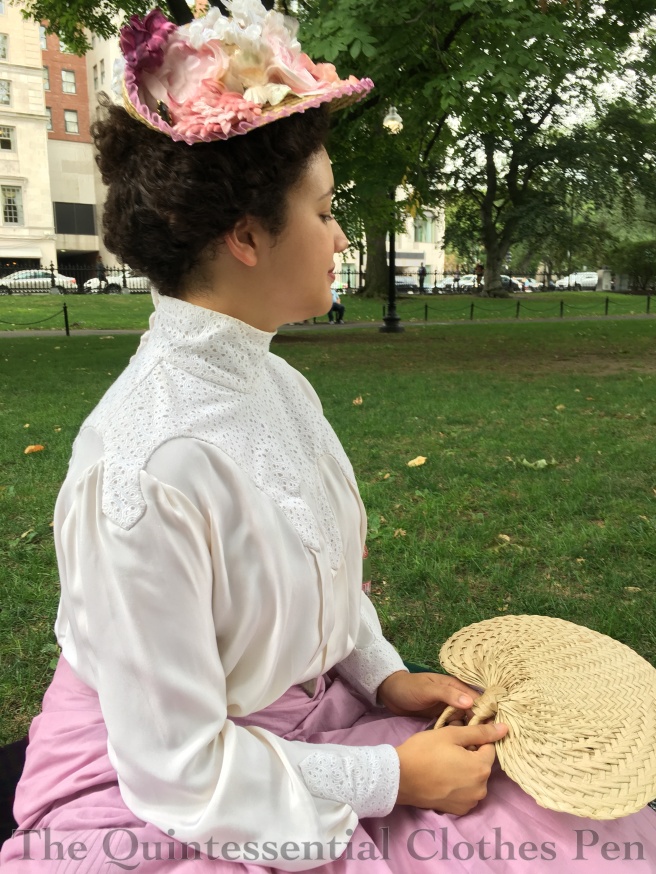 This wearing, my hat had been re-trimmed in a more pleasing fashion than when I wore it in 2012 (in fact, all the lovely millinery flowers are only pinned on so it’s easy to change, not that I’ve bothered since I put the flowers on about two years ago) and I had practiced my Gibson Girl hair in January and now know how to achieve the look with minimal effort. 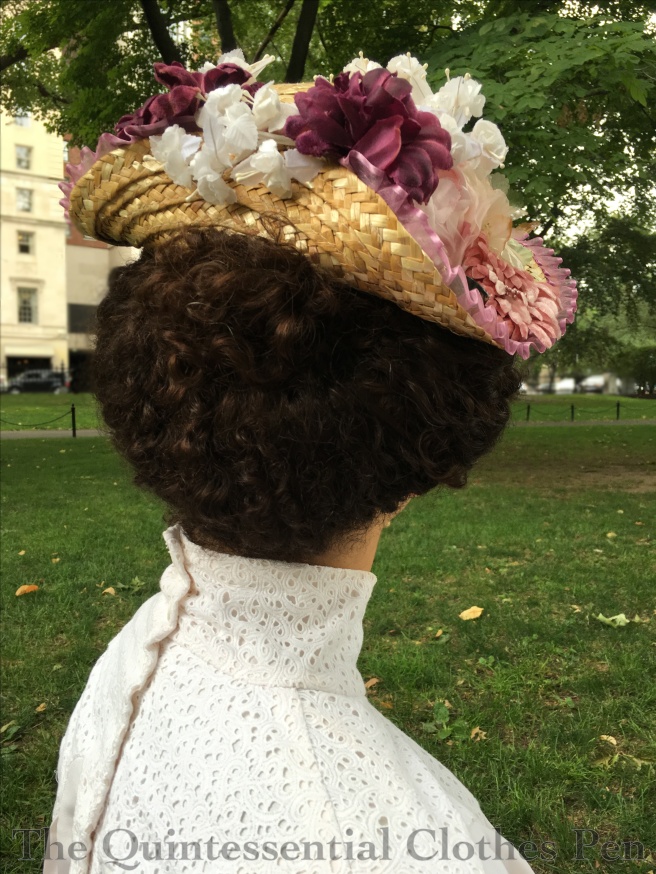 I was very pleased with the result! Next time I plan to wear a hat with a Gibson Girl style I’ll put the opening of my hair pad at the top of my head rather than the bottom, and likely leave a little space to make the front a bit more flat so my hat doesn’t tilt up. Where’s the fun if I don’t learn something new every time I wear historical clothing?