I was all ready last weekend to create lots of picture heavy posts for the blog, and then my computer seriously died and required hard drive replacement. Luckily, Mr. Q takes care of me and established external backups a long time ago, so I didn’t loose anything (whew!!!). The store was able to fix my computer fairly quickly, but I’d lost the weekend to go through pictures and create posts.

So today is a quicker post with pictures from a WWII event a few weeks ago. WWII is a period I hardly ever visit and don’t have clothes for in my closet, so I was grateful to be able to borrow things from friends and Mr. Q’s closet (he had a polo shirt that looked way better than anything in my closet for this outfit!). The only thing I had was shoes and stockings–thanks guys–I would have been sad indeed without help! 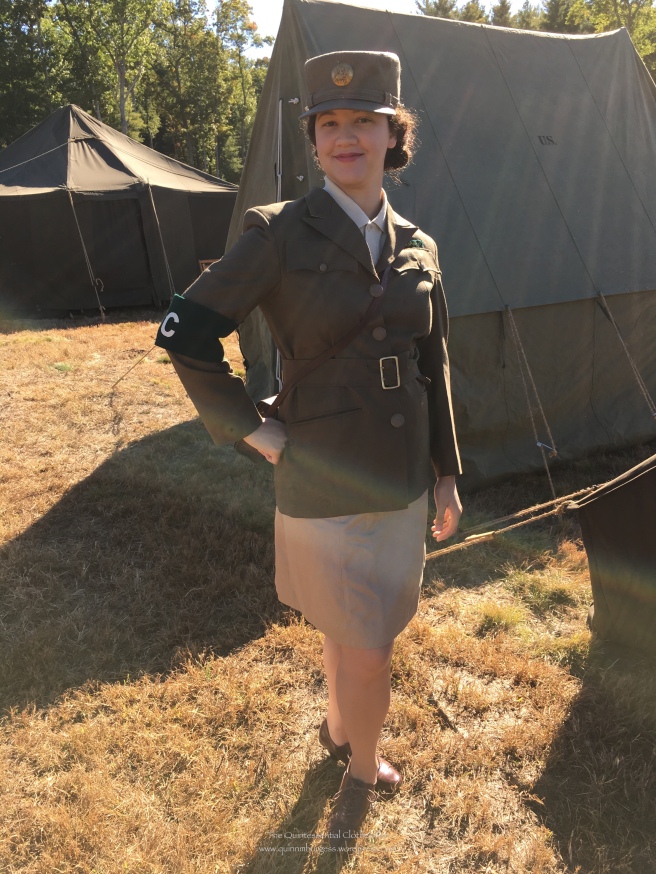 The day was gorgeous, though a little cold early in the morning. We just went for the day and enjoyed wandering around the Allied and Axis camps and watching the staged battle. This particular reenactment is known for the large variety of WWII vehicles that are on display and in use, which was neat to see.

Here is the German telegraph set up. The Axis camp actually had a lot of things to look at and one especially interesting interactive set up with food from the period. 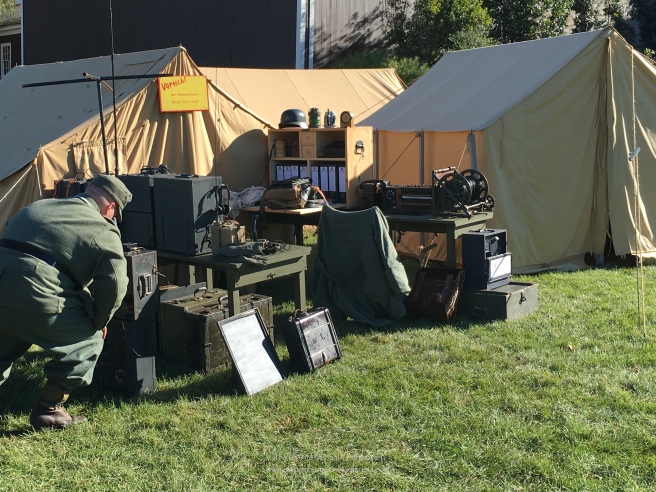 The Germans also had some really snazzy cars and other vehicles. They did a few drives around the battlefield before the battle actually started.

Prior to the battle some tanks had been hidden just inside the trees across the grass field. It was my favorite part when they came trundling out mid-battle (especially the well hidden ones that we didn’t spot before things started!). My second favorite part was when, after the battle, they backed the tanks back into the trees to reset for a second battle later in the day.

And finally, a Russian unit in the Allied camp. We met another female reenactor who was with the Russian unit (women aren’t that common at these WWII events, you know, so it’s especially neat to meet others, especially those you don’t previous know). The tea and fur coats were pretty tempting while the day was still cold and later in the day there was music! Fun!

4 thoughts on “Visiting WWII For A Day”