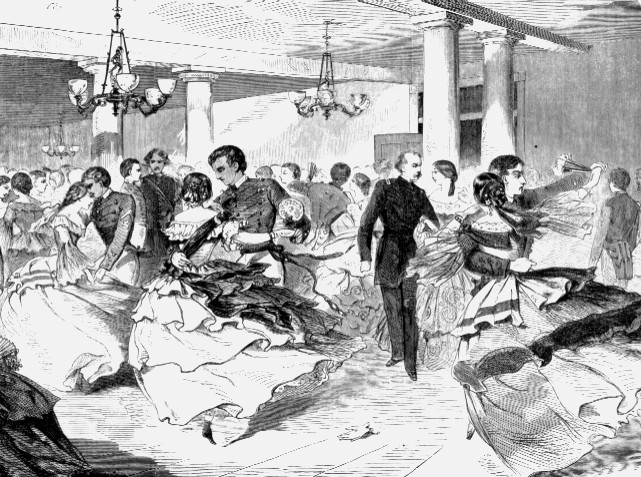 In the 1830s, the French military fighting in North Africa incorporated a tribe of fierce fighters into their ranks. These original soliders were renowned for their skills. In fact, in 1852 the French created three units of Zouaves to be entirely of Frenchmen. These French Zouaves achieved legendary status for themselves during the Crimean War (1854-1855). More detailed information about their involvement can be found in this history of Zouaves (this site also has some great pictures of Zouave regiments). The French Zouaves were quite inspirational to American forces during the American Civil War: both the Confederate and Union armies formed Zouave regiments who wore imitations of the French uniforms.

Now we know what a Zouave is. Why would I be dancing with one? Well, the idea of the Returning Heroes Ball is that “Gentlemen in uniforms of both sides of that great conflict are welcome.” So it is perfectly reasonable for a Zouave be dancing alongside the formally clothed men at the ball. Fun!