Finally, I actually have photos of a garment I made back in 2011!

The story starts with my desire to be warm for caroling at the Christmas ball, so I went looking through my books and came across the image below in ‘Victorian Fashions: A Pictorial Archive’ by Carol Belanger Grafton. It looked warm and I liked the fringe, so off I went on my sewing adventure!

Since then, I’ve managed to wear my cape a number of times, often for Christmas caroling. Even though its date is c. 1855, I’ve found that the loose shape is perfect for wearing over the large sleeves of my 1830s dress as well. Here’s proof, from 2017:

That’s really the only photo I have that looks nice and shows the cape. Other photos that show the cape are washed out or blurry.

Last year I decided it was time to get pictures. I settled on a day I’d already be wearing 1850s (Annabelle is my dress and I’m also wearing a matching chenille headdress). It was important that there would be daylight (that’s the other problem with some of the photos I have, they’re taken during dark winter evenings–that’s usually when I’ve been caroling). Then I brought the cape (despite not actually needing to be outside for the event) and coerced the usual camera toting suspect into taking photos. 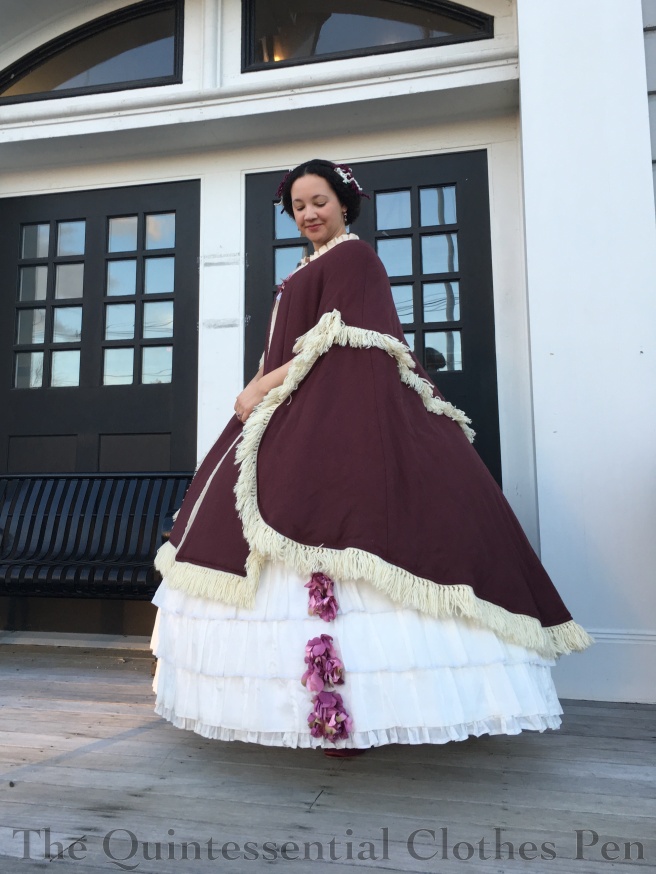 I made the pattern by looking at the inspiration image and drawing the shapes I thought would make it up, although I did take a bit of liberty in terms of closure and arm openings. I also referenced shapes and proportions in ‘The Cut of Women’s Clothes’ by Norah Waugh and ‘Patterns of Fashion 2’ by Janet Arnold.

I wanted simplicity for the closure, so my cape has a single heavyweight hook and loop at the neck. For the arm openings, the fronts are simply separate from the curve that wraps around to the back of the cape. 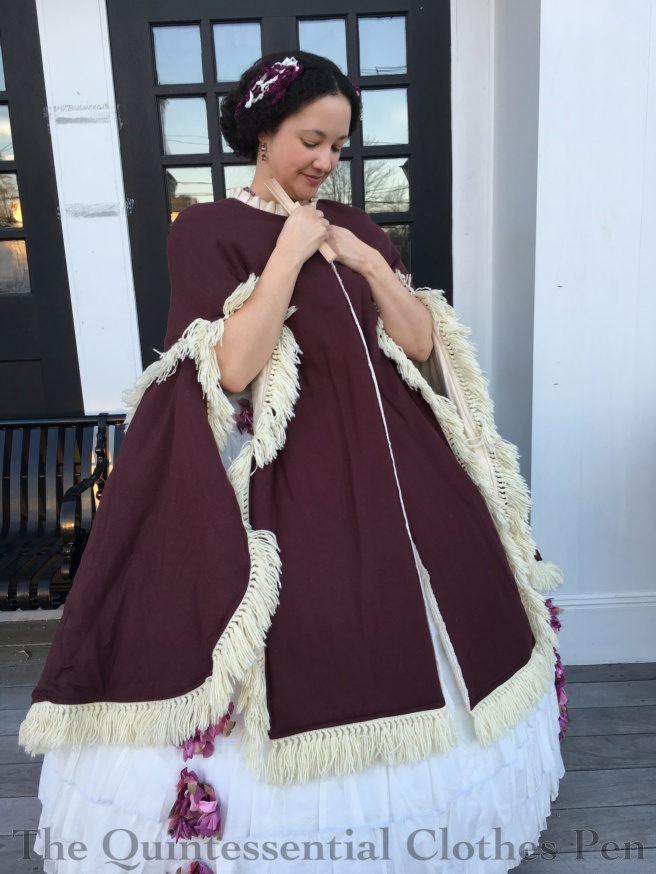 For warmth, I decided on a wool exterior (also good for shedding moisture). To add even more warmth, I also added a layer of high loft polyester batting to the entire cape. That may not be the most accurate choice (at least in terms of fiber content), but it is quite practical. I thought of quilting the lining to the batting but decided it would be too time consuming. I’m sure the batting extends to the edges and is stitched down, but honestly I don’t remember exactly how that was accomplished.

I loved the fringe in the image and wanted fringe on my cape, too. But not just any fringe. Wool fringe. That was a hunt! I eventually found it at an upholstery company called The Fringe Factory.

To keep the lining soft against my skin,  I decided to line the entire cape with natural cotton flannel  to match the fringe as well as including a stand up ruffle of the flannel at the neck.

As you can see, the cape is quite long. That’s quite a bit of wool, batting, and flannel! I achieved my goal of warmth, but this cape weighs quite a bit!

Looking back at my notes, this cape was more expensive than I remembered (though that’s not actually surprising, given the yardage I needed and my desire for 100% wool). I didn’t record the yardages, but I did record the costs. I spent $58.67 on the flannel at JoAnn, $81.00 on the wool at Dorr Mill (I love their wools! They are gorgeous!), and $96.36 on the fringe at The Fringe Factory. The total is $236.03. That’s way more than I often spend on a single historical garment! I had better keep wearing this to get the cost-per-wear down! 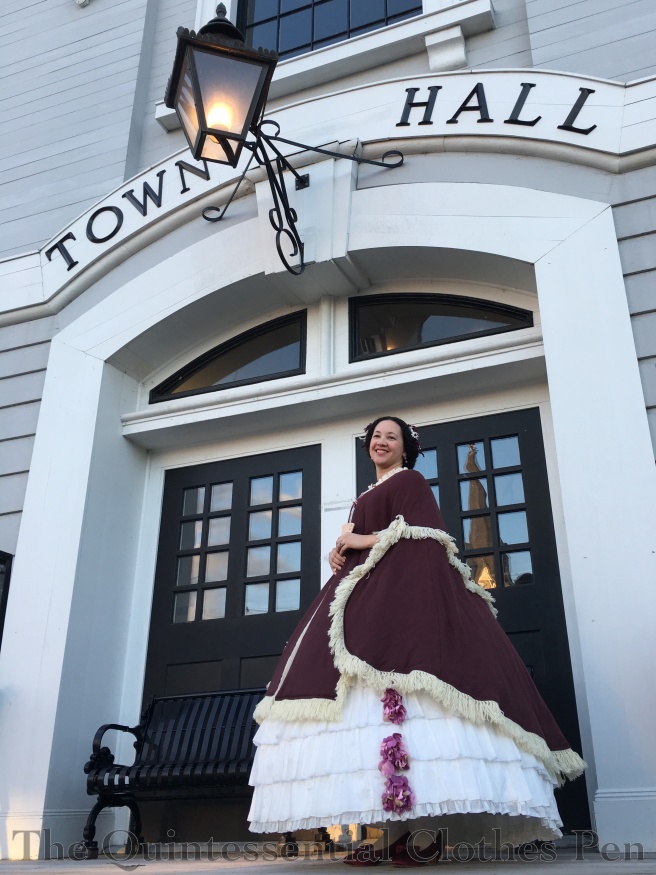 Despite the cost, I’ve been very pleased with my cape over the last 9 years and I’m extra pleased to finally have well lit, full length photos so this garment can make an official appearance on the blog!