At the same sale that I purchased the base of my 1950s super-petticoat and the hat that I refashioned into a 1930s style I also purchased a rather sad 1980s style evening dress. I liked the brocade fabric and had an idea that I could remake the dress into a cocktail length 1950s style dress by removing the sleeves, changing the neckline, and shortening the hem.

I also had this dress in mind. I love the massive decorative butt bow and this remade dress seemed like a great opportunity to put the idea to use. The red had to wrap around the waist as well as making the bow, in order to cover up the original gold waistband, but I had a remnant of cherry silk in my stash that was nicely complimentary in terms of color and just the right size for the job! 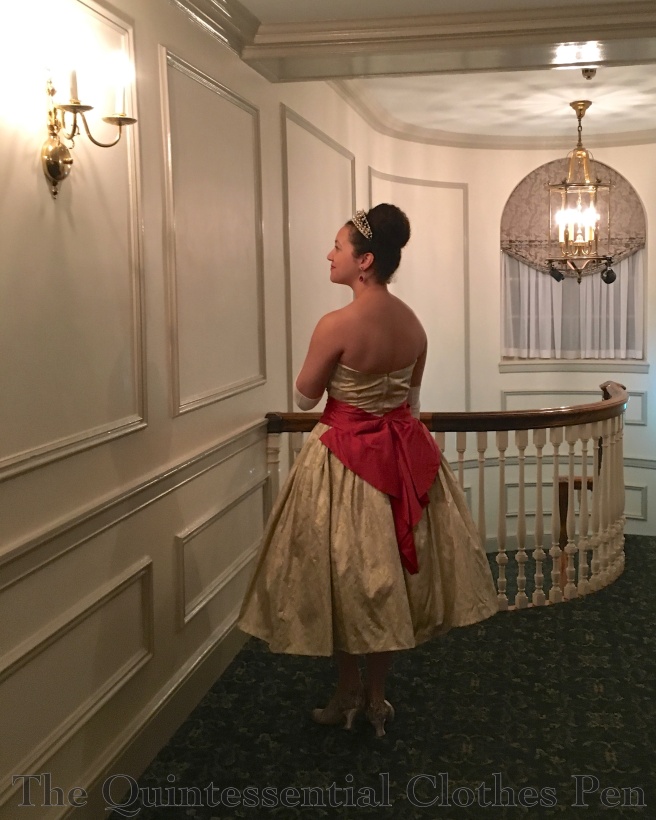 From the front I feel generally ok about the dress, but from the back, I love it! Plus, that’s two things checked off the to-do list: I remade the 1980s dress into a wearable 1950s style and I put the butt bow inspiration into action. Plus the fact that I used up a fabric from the stash, which is a bonus!

But why the Queen of Hearts? I decided this was a dress I wanted to wear to an Alice In Wonderland themed event that I recently attended so I had to fit the dress into the theme. I decided on the idea of an elegant 1950s historical nod to Queen Elizabeth in The Crown (which I might have been watching right around the time I was looking for inspiration…). Aloof queen looks are totally my jam, so that works really well. 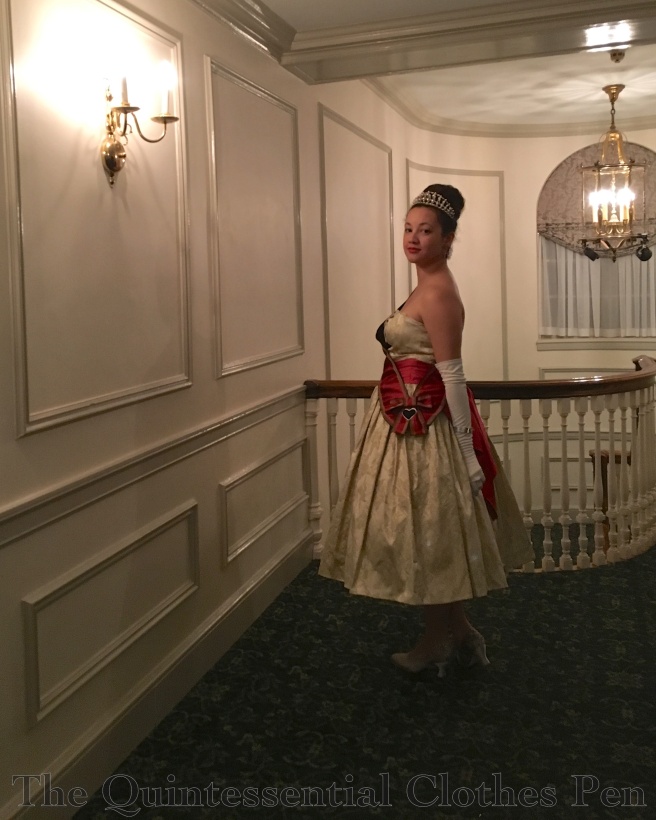 As long as I was going with a queen look, I decided that a royal order sash would be an easy way to say royalty and hearts all at the same time while also being easy to remove from the dress itself. I did some royal order sash research and decided I liked a sash with a narrow border of a contrasting color. Of course, mine needed to be made in Queen of Hearts colors: black, red, and gold seemed perfect. I pinned heart appliqués behind my shoulder brooch and on the bow to play up the Queen of Hearts theme.

It was fun to accessorize the dress and sash with long gloves, red drop earrings, a tiara, and my silver American Duchess Seaburys (the gold brocade fabric that makes up the back of the shoes complimented the gold brocade dress very nicely!). I think I like the butt bow with the sash even better than the butt bow by itself! 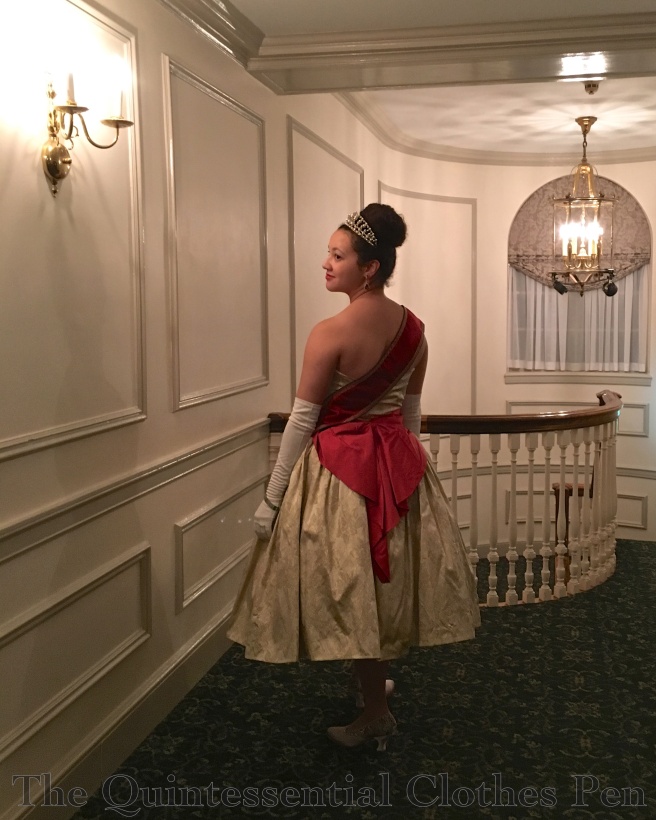 To make the sash, I googled ‘royal order sash’ and looked at lots of images to decide on a design. Mine is made of two rectangles, with an angled shoulder seam and tucks behind the bow loops for shaping. It’s made of red polyester with woven-in tiny black stripes and edged with sheer gold ribbon. For more detailed sash making information, Gina posted very detailed tutorial for making royal sashes that would probably be quite useful if you’re thinking of making one for yourself.

I’ll leave you with this silly shot of the Queen of Hearts with a flamingo. Croquet, anyone?